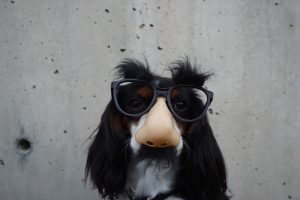 But did you know that histamine can contribute to a lot of other symptoms (and histamine isn’t just from the environment!).  Some symptoms associated with histamine and/or histamine intolerance:

Histamine is a chemical messenger that is involved in 3 primary areas of the body:

In general, it is intended to increase blood supply to a particular area and cause low-grade inflammation.  It is a protective mechanism that ultimately leads to various reactions in the body.  It’s action is ultimately dependent on what it attaches to (aka “receptors”).  Anti-histamines typically only block the ability of histamine to bind to certain receptors – they cannot affect all receptors.  Since it travels through the bloodstream, histamine can go almost anywhere in the body (including the brain).  An enzyme called diamine oxidase (DAO) is typically released at the same time as histamine, and this enzyme is responsible for breaking down histamine from foods.  Unfortunately, sometimes this enzyme doesn’t work well.

We already know some of its role in immunity:  it directly affects the symptoms of seasonal and food allergies. It is intended to rev-up the immune system, but it typically goes overboard and causes too much inflammation.  This inflammation acts like a “lighthouse” for the immune system so your body can go to the source and treat it.  When we take anti-histamines, we turn down this inflammation.

In digestion, histamine stimulates stomach acid (our first line of defense against “bugs” and essential for breaking down food to be able to absorb nutrients).  Some bacteria that naturally live in our bodies can also produce histamine.  When these are overgrown (e.g. in dysbiosis) or are misplaced (e.g. in SIBO), excess histamine can build up and cause symptoms.  Cells called mast cells line the gut, and are the cells that are responsible for the release of most histamine.  In fact, some types of antacids work by acting as anti-histamines!

Role in the Nervous System

Histamine’s role in the nervous system is very complicated.  Like many molecules in the body, we need a balance of histamine. When balanced, it helps control pain, happiness, appetite, mood, memory, blood pressure, motivation, sleep/wake cycle, and much more.

Sometimes, the body doesn’t break down histamine properly, which results in persistent inflammation.  This can lead to a variety of conditions, most of which are difficult to test for.  These include histamine intolerance and variants of Mast Cell Activation Syndrome.

The name implies that the primary mechanism of action is a sensitivity to histamine, but it is actually a build up of histamine in various tissues of the body (e.g. from too much exposure in the environment/food, poor break down of it, or from infections that can contribute to its release).

The symptoms listed earlier in this article are more likely to be associated with, or due to, histamine intolerance.

What to Do to Decrease Histamine Burden

Start with sources of histamine:

For environmental sources, the best recommendations are the following:

The DAO enzyme, which breaks down and regulates histamine levels, is impacted by various factors.  One way to address potential histamine intolerance is to evaluate and treat for the following:

There is no clear delineation of which foods have high histamine and which foods do not (most are tested in a lab, and aren’t able to be consistently accurate when tested for in humans).  In general, focus on limiting the following:

There are many ways that histamine can build up and cause symptoms.  Taking an anti-histamine or supplement may help (and these were not noted in this article, since these ultimately do not reverse the causes of histamine build up – they only temporarily control the symptoms).

Ultimately, remember that histamine is supposed to help us.  It is not a black and white issue, but sometimes we have to help the body with its burden and response to histamine!